Welcome to our new president and board members for 2017! As we start a new year, remember our motto:  Nurturing Writers…that’s what we do. 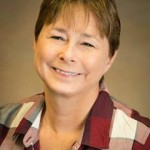 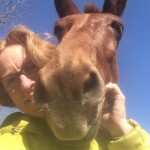 Maggie Maginness’s top interests are ecology, education, fiction and animals (horses in particular). She has master’s degrees in Journalism and Environmental Education. She applies her combined interests in science and communication to writing about science. Her published writing includes science news stories, but she hopes to soon add a novel with an ecology backbone to her list of accomplishments. When she’s not working at Alan Meyer Law, riding her horses or hanging with her family, you can find her writing, editing, researching, and brainstorming, working to put science into fiction that isn’t science fiction. 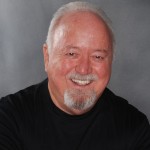 Charles was born 13 days before the Japanese attacked Pearl Harbor sweeping America into WWII. His early years witnessed rationing and scarcity as America put everything it had into the war effort. His family, though they didn’t have electricity or indoor plumbing, were more fortunate than most because they were farmers and enjoyed plenty of good food (and it shows on him to this day). Charles attended a one room country school where one teacher taught grades one through eight and walked a mile and a half to get there (up hill both ways) as there were no buses. Charles, like his mentor, Mark Twain, has done a little of everything throughout his life. He’s traveled to more than two dozen countries and for many years traveled the U.S. extensively as a Management Systems Engineer (consultant). He now enjoys life on his little farm as he reinvents himself to become a writer. 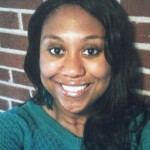 Porcshe N. Moran, a native of the suburbs of Chicago, is a multimedia lifestyle journalist who provides engaging content for print and online media. She is a full-time freelancer and the sole proprietor of her business, PNM Media. Porcshe is a graduate of the Missouri School of Journalism. 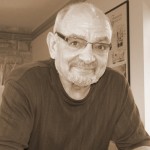 Brooklyn native Joe Polacco attended PS 200, PS 101, and Bensonhurst JHS, completing  his public education at Stuyvesant HS in lower Manhattan. His BS (Cornell, 1966) and PhD (Duke 1971) emphasized Biochemistry, Chemistry and Genetics.  After being an Assistant Professor at the Universidad del Valle in Cali, Colombia, he entered plant science as a postdoctoral fellow at Brookhaven National Laboratories before becoming a staff geneticist at the Connecticut Agricultural Experiment Station. In 1979 he joined the Biochemistry Department of the University of Missouri-Columbia (MU) where he is now Professor Emeritus. He has taught undergraduate, graduate and medical students, and introduced biotech outreach courses for non-science majors. Polacco, twice a Senior Fulbright Fellow, has extensive international research and teaching experience in Argentina, Brazil, Colombia, Costa Rica, Mexico and Spain.  In his field he has written, collectively, more than 100 reviews, opinion pieces, book chapters and peer-reviewed research articles, in addition to co-editing two major monographs.  On the literary side, he has published bilingual poetry (Spanish and English).  “Vina, A Brooklyn Memoir” is his first full-length non-scientific book. 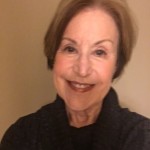 Anne has been a writer for years in academic research and curriculum as well as sharing her experiences as an ICU nurse and interfaith hospital chaplain. She’s published in Physician magazine, Fort Worth Star Telegram, and Thanks for the Memories – an Anthology.  Her doctoral dissertation on “Family Reunification and Reentry” is the basis of her current work and writing under a US Dept. of Justice grant in the TX prison system. Now semi-retired, Anne is working on two novels; often deciding which one to tackle depending on the mood or character she is in when she sits down.

Frank Montagnino is a retired ad man blown out of New Orleans and into Columbia by Hurricane Katrina. He has two hobbies – golf and writing stories, both of which indicate latent mental problems. Other than hundreds of ads, brochures, and contributions to Trib Talk he has never had anything published. He has, however won a couple of flash fiction events which is apropos because he clearly doesn’t have much of value to say. (P.S. He has been mistaken for George Clooney on occasion.

njoyed writing ever since her 7th grade teacher introduced her to the world of poetry. For two decades, Lori wrote curriculum and short plays for school settings . These days she is expanding her skills into the world of fiction and memoir, producing a short story collection Mongolian Interior which captures her cross-cultural experiences. Many of her stories been published and are contest winners in Missouri anthologies.  Lori has used her Masters degree in Teaching English as a Second Language in the Graduate School of Missouri University (2010-2014) and currently as an instructor of ELLs in the public schools of Mexico, MO where she teaches children her first love: to read and write.